A recent study by Jean-Claude Driant, urbanist and professor at the École d’Urbanisme de Paris (EUP), showed that France is 800,000 to 1 million units short of housing with Paris perhaps being even more extreme. This is due to the reduced supply and increasingly high demand of housing options. The same report is also critical of many local governments who do not provide enough land with zoning restrictions that allow for the dense type of building that is needed, or allow developers to go higher with a new apartment building in order to create more units. As part of the Bee Breeders Architecture Competitions, BKV Group sought to create an alternative design solution aimed at solving this significant housing crisis.

A City Within a City

The solution proposed for this competition densifies the city and defines public spaces, while preserving the rich historic fabric of the City of Lights. It offers a creative adaption to the existing context of the city, hovering over the cemetery in a manner that would never touch the graves. The concept respectfully pays tribute to the past, and resolves present day issues. Financially, the concept has a low site cost, with no demolition and no loss of existing affordable homes required. It is positioned within a small footprint, leveraging an efficient repetition of prefabricated modules. The methodology propelling the concept involves the strategic placement of housing to create new developments without disturbing the densely built parts of the city. 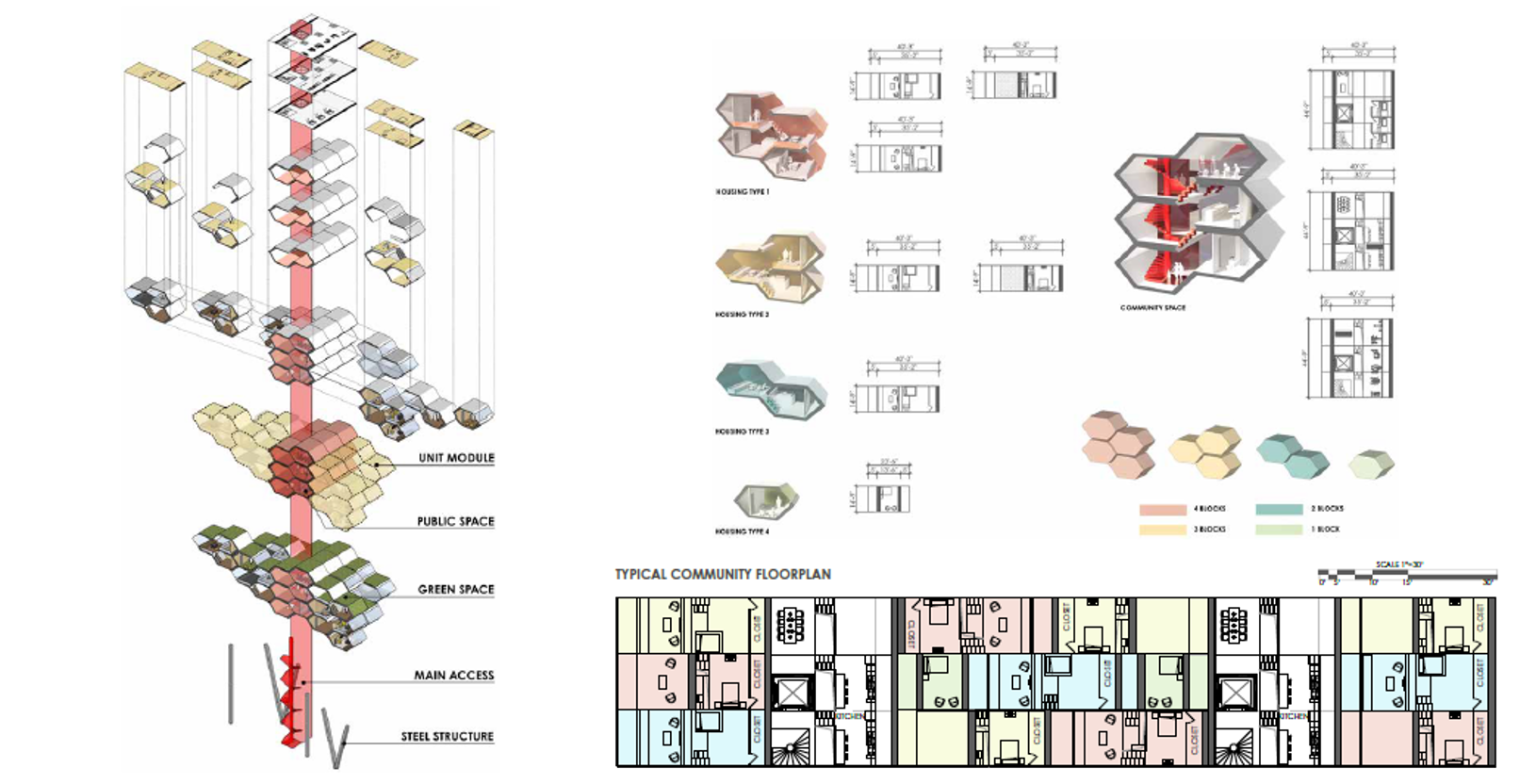 A City Within a Garden

The concept lightly touches the streets and green spaces of the cemetery, thus minimizing the footprint that a massive structure could create. Green facades and shared roof terraces promote
well-being, create a sense of community, and provide moments for social interaction.

The Handbook of Biophilic City Planning and Design states that “nature responds to long-term chronic stress and the unhealthiness of indoor living and can reconnect us to family and community. It also addresses many pathologies of modern life such as emptiness and lack of meaning.” This concept translates that into a modern city that understands itself as a city in nature.

Specific design strategies like the roof line re-imagines the idea of the street and neighborhood by providing a woven circulation throughout the site. In addition, by introducing green infrastructures, people have ways to immerse themselves in nature, and to create opportunities for chance encounters and shared experiences.

A City Within a Building

The concept’s structure is laid out as a multi-story matrix of steel and concrete, supporting a vertical community of public and private modules clustered into micro communities on each floor. 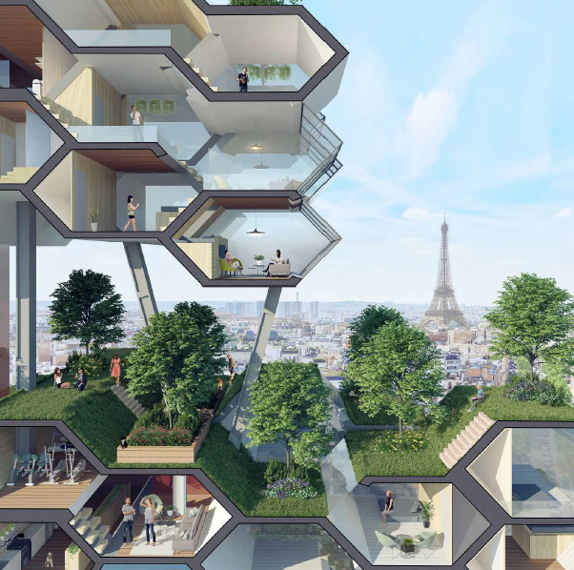 This modular system can be adapted to fulfill the needs of any number of sites, scale, and access requirements, and it offers the inhabitants the possibility of a personalized customization. Although prefabrication is expensive, it significantly speeds up the on site construction time, reduces construction waste, and can be multiplied throughout the site with relative ease. The hexagonal shape of the module means that more units can be stacked on each other versus the traditional form of a rectangle. The easy multiplication of this module in a system results in a high density project that can be strategically placed over cemeteries across the city. 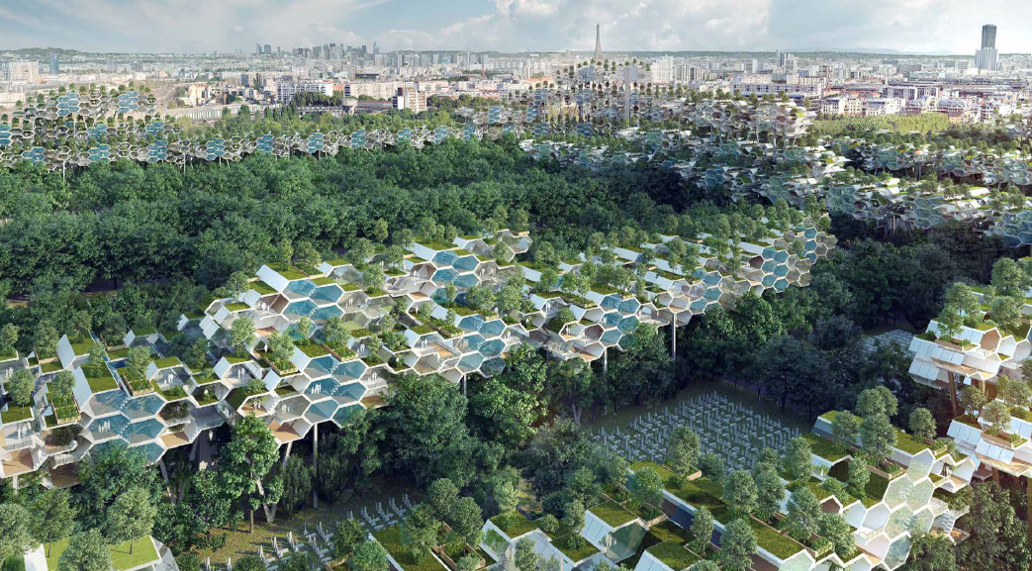